For 2000+ years, the Colossi of Memnon have dazzled visitors to Thebes. Greeks, Romans and modern tourists are enthralled by their size and spectacle. What are the statues doing there? In this episode, we explore the lost Mortuary Temple of Amunhotep III, in particular the immense statues which are his enduring legacy. From the hallowed sanctuaries of a temple, to the mysterious “singing” made by the Colossi, we visit one of the greatest sites in Egyptian antiquity…

The Mortuary Complex of Amunhotep III

The Mortuary Temple in digital reconstruction, showing the Colossi (right) and their four siblings, in descending size, before each of the three pylon gateways (Conservation Project).

The Colossi of Memnon, with their siblings behind (Conservation Project). 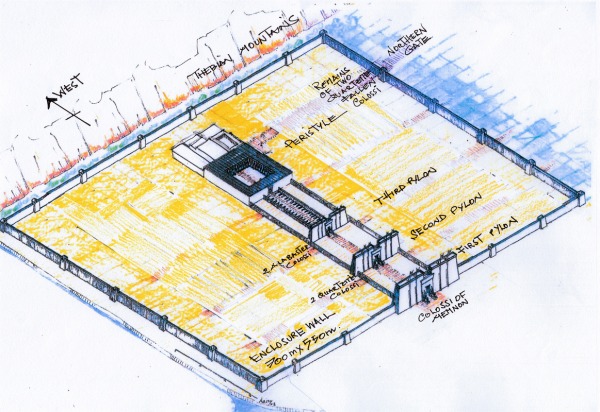 The temple as it may have appeared when finished (Conservation Project). 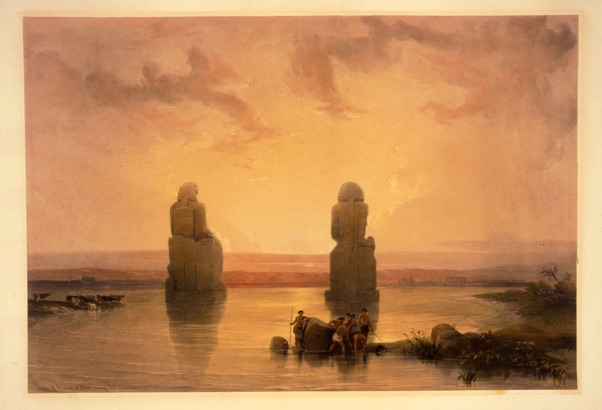 An 1848 painting, ‘Statues of Memnon at Thebes during the flood,’ by David Roberts.

Dieter Arnold, The Monuments of Egypt, 2009.