In 1488 BCE Hatshepsut makes some of her most daring moves. She takes the throne, becoming the second of Egypt’s currently reigning kings.

To solidify her old on power, Hatshepsut leads a short campaign to Nubia, and then begins work on a magnificent building project.

We explore the temple of Djeser-Djeseru, “Holy of Holies,” the great terrace at Deir el-Bahari. 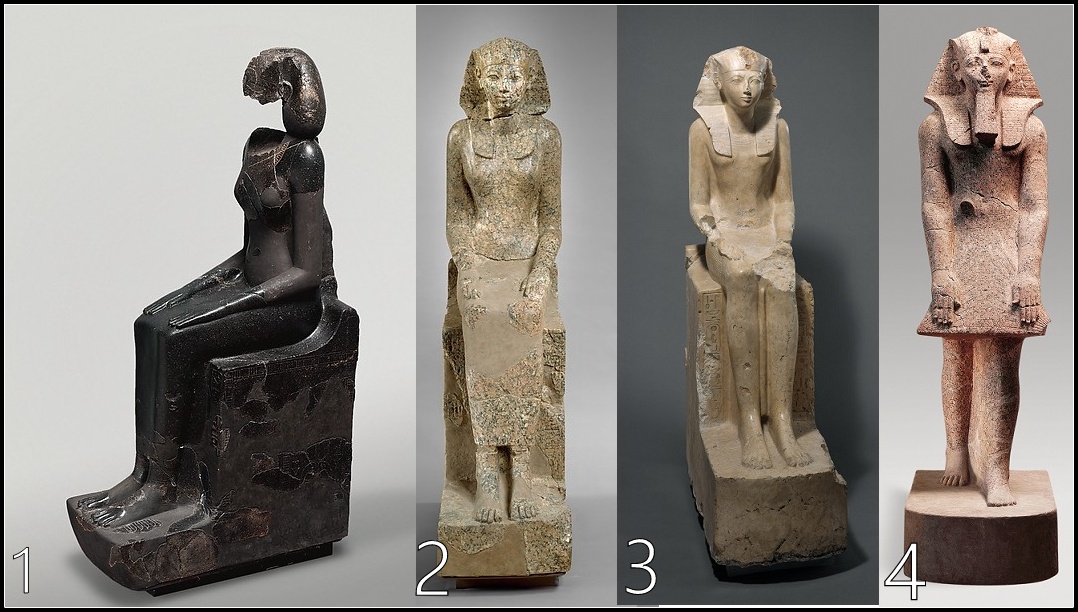 The four stages of Hatshepsut’s public image, from female (1) to male (4). 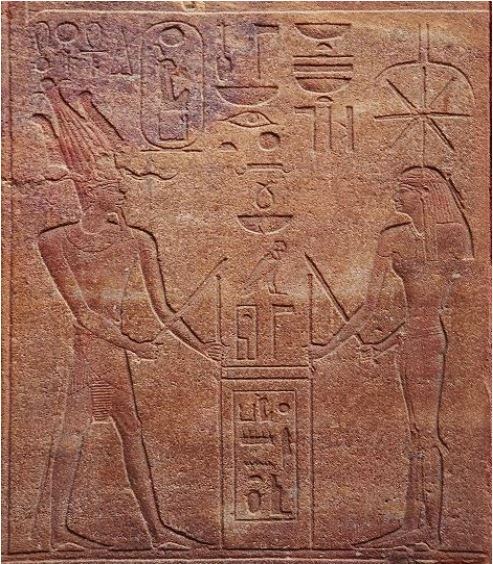 Hatshepsut and Seshat (goddess) “stretch the cord” to establish Djeser-Djeseru 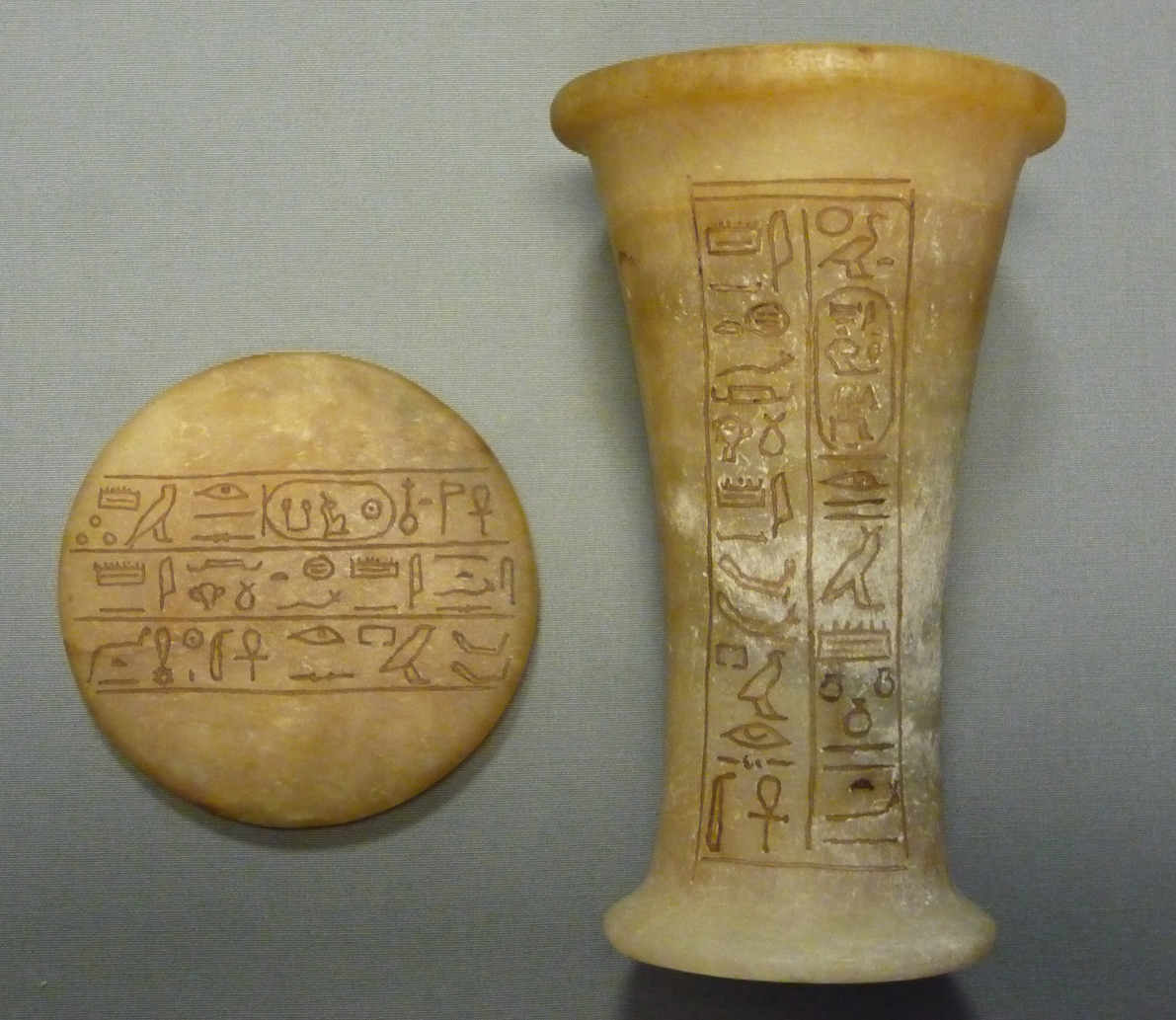 Alabaster oil-jar, from the foundation deposits of Deir el-Bahari (Louvre) 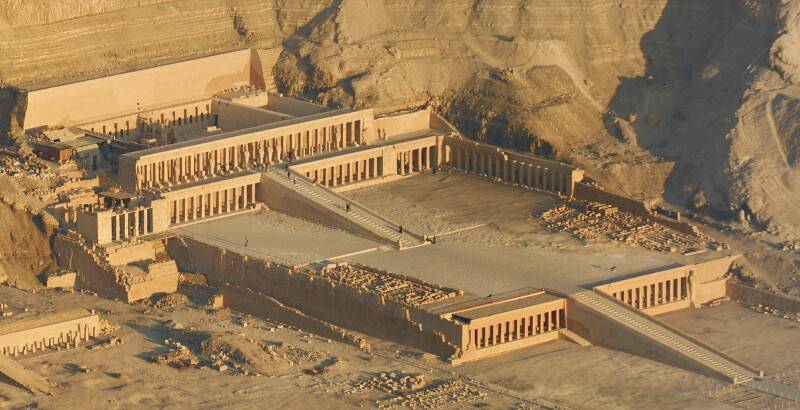 Catherine A. Roehrig (editor), Hatshepsut: From Queen to Pharaoh, 2005.

Marta Sankiewicz, “The ‘co-regency’ of Hatshepsut and Thutmose III in light of iconography in the temple of Hatshepsut at Deir el-Bahari,” Current Research in Egyptology 2010, 2011. Read Online.

Betsy M. Bryan (editor), Creativity and Innovation in the Reign of Hatshepsut, 2014.