Life is good in Egypt around 1927 BCE. Nub-kau-Re Amenmhat II is blessed with peace and a long reign, and he is capable to boot.

The king’s pyramid complex at Dahshur is the source of an incredibly rare find: the intact burials of Princess Ita and Queen Khnum-et. Their gorgeous jewelry is among the finest ever discovered in Egypt, true masterpieces of the art.

The king also dispatches expeditionary fleets to the Levant (Palestine and Syria), where items bearing his name have been discovered as far afield as Ugarit. 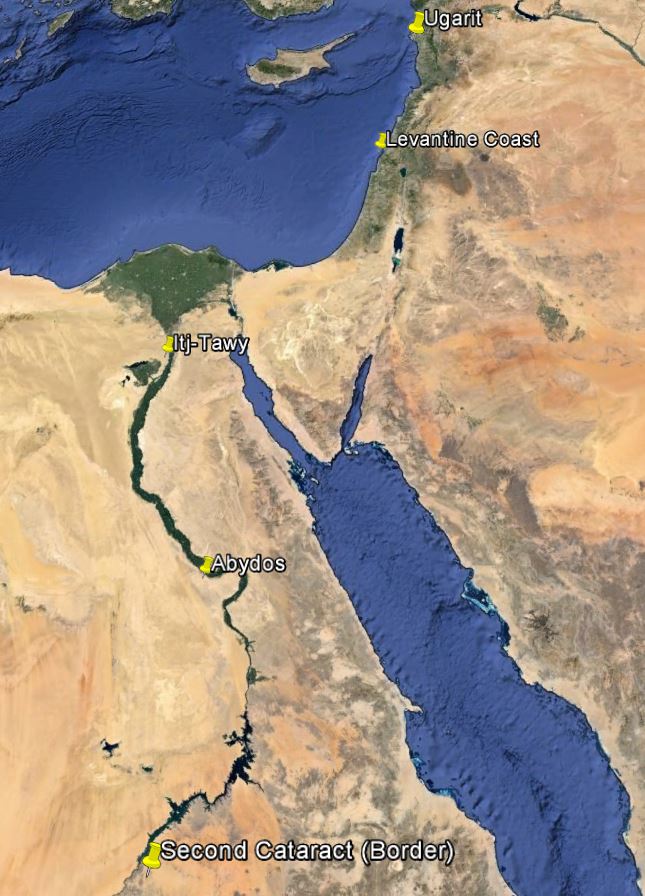 The territories of the episode, and the extent of Nub-kau-Re’s influence.

Illegal diggings and the expanding cemetery near the king’s pyramid (bottom left).

The New York Times, 1899 – Jacques de Morgan speaks to the American Archaeological and Numismatic Society on his discovery.